The Inspector Lynley Mysteries: A Cry for Justice (BBC TV 2004) 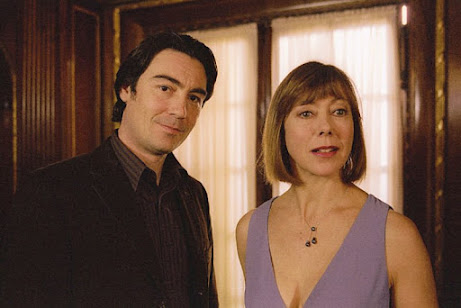 Drama showed this BBC adaptation of Elizabeth George's aristocratic police detective last night. As it featured the lovely Jenny Agutter (pictured) as a guest star I watched this episode, the third and final episode of series three.
It concerns the murder made to look like suicide of the secretary of the exclusive Crucible Club, run by ex-model Jemma Sanderson (Jenny) who's found with £20,000 in her house, and evidence of having given birth though everyone says she has no family. The plot is the usual detective drama of red herrings and misdirection. My main interest was in Jenny as a guest star. 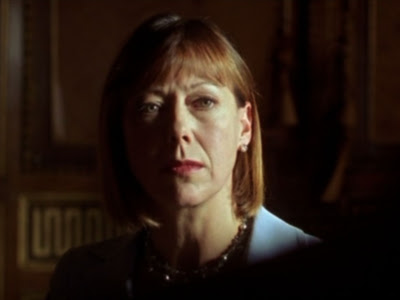 This was one of many detective series guest star appearances Jenny made after 2000. In it she plays an ex-model, and in this is believable, set dresser Daniel Ainslie cleverly uses real glamour shots of Jenny from the 70s dotted around the set in framed photos. Costume designer Marlene Lawlor chooses some nice outfits, a chic white modernist high neck dress shows her fashionable ex-model self, while the remainder of the dresses are plunging bodycon dresses that flatter her bust line, and show the character as a trophy wife and hostess. She looks gorgeous in all of them.
She doesn't have much to do, but she makes the most of the material, portraying someone who's always in the public eye. It's in the final police interrogation scene where she shows her skill, subtly moving from deceptive self defence to genuine remorse, all the while leaving us wondering which is her real face.
ACTRESSES DETECTIVES JENNY AGUTTER TV