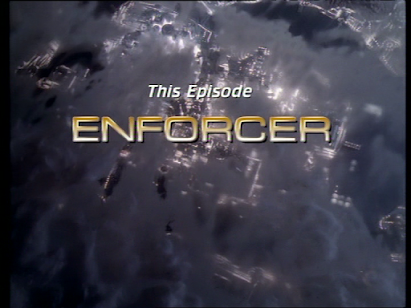 Space Precinct: Episode 3 Enforcer
At last an improvement on the first two stories. The actors seem to be settling into their roles, and the acting is more animated and also naturalistic. The script is much better too. Okay, so it's an old cop show plot, new 'enforcer' moves into a gang's turf and demands protection from the district's residents in return for which he (actually, it's a they) kills off the gang members. 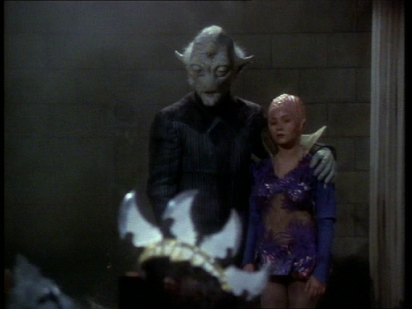 But here the writer, Marc Scott Zicree, a veteran of U.S. Sci-Fi shows (his credits) uses devices that can only be done in Sci-Fi, and not in a realist cop show. Firstly, we have the manner of assassination, which is by psychic powers, causing a person's heart to beat so fast it causes a heart attack. Also, the end sequence, where the enforcer plans to rid himself of Space Precinct by causing it to burn up on orbital re-entry. You can't do that in The Streets of San Francisco. 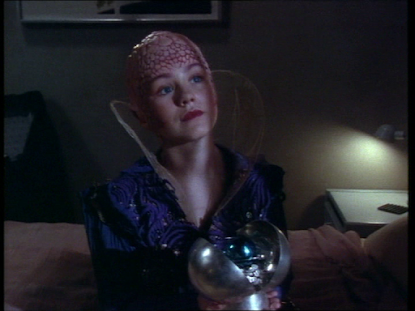 The dialogue too is better, more naturalistic and less clunky than previous episodes, and only falls into cliché near the climax, where Brogan tells a joke to deflate his sense of danger. Even the (dreaded) family dinner scene is handled better. 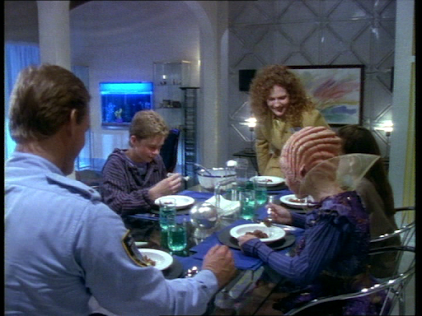 This, and the fact that the director, veteran British film director Sidney Hayers (his credits) has clearly spent more time with the actors, leaving the effects to those in charge of them, allows for more natural performances. Proof that experience makes all the difference, especially on an expensive show. 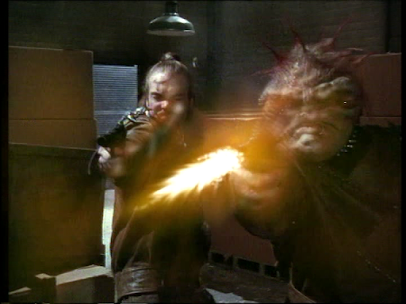 A fairly decent Sci-Fi cop episode which has genuine pace and excitement. Hopefully, a sign of things to come. 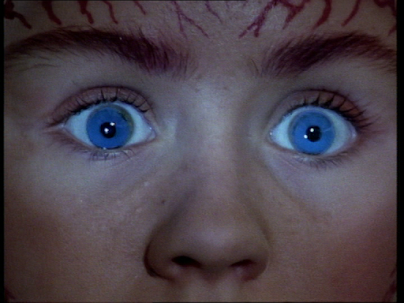