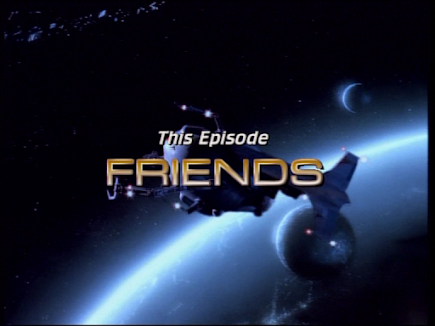 Space Precinct: Episode 18 Friends
Computer hacker Reeve Pataki is taken into custody at the Precinct 88, a member of KTB (Karel Tarik Brigade). They're an anti-capitalist computer hackers & cybercrime activists who've been selling keys to enter mainframes to the highest bidders, when an undercover Castle arrested Pataki in a sting operation. His resourceful friends in the KTB infiltrate the station's mainframe to arrange his escape. 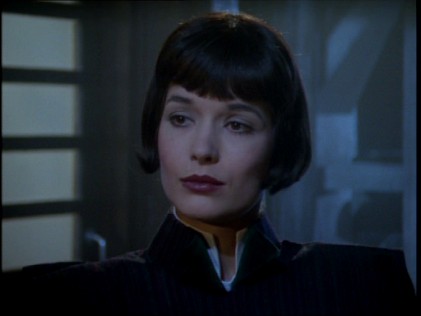 His two friends attempt fails, so the KTB resort to kidnapping, 'fittingly' holding Castle hostage aboard a derelict space platform. Putting side their non-violent ways, they demand that if Pataki is not released within one hour, Castle will die when the air from the escape pod she's held captive in is exhausted. Young, idealistic, and just out of college, they put friendship before everything. 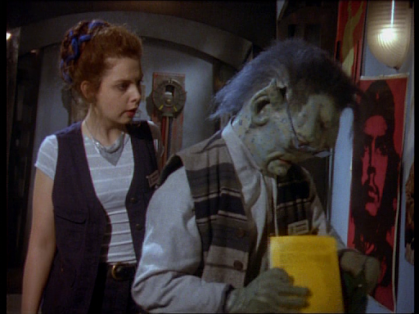 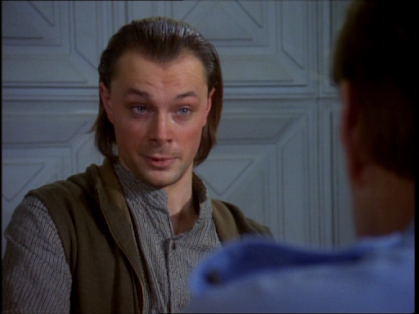 Another old cop show plot standby, criminals holding a cop hostage in exchange for one of their own. There's three writers on this episode, including the executive story editor, so this looks like a 'made-for-the-network' episode, written by committee. That might explain why everyone speaks in clichés. 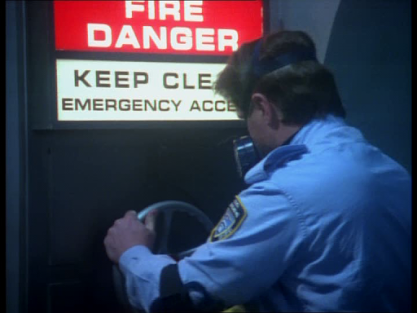 It's not badly told, it's rescued by the acting, especially the guest stars Ben Walden and Jacqueline Defferary, always in my mind Cecily in the Harry Enfield "Women Know Your Place" comedy spoofs. Simone Bendix is also very good in this episode, and looks stunning undercover wearing a Louise Brooks wig. 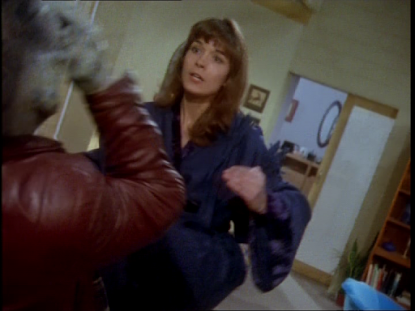 The production design again excels, the model and CGI shots giving us newly seen landscapes, especially the derelict junked spaceship, with a great matte shot of the two leads in miniature. 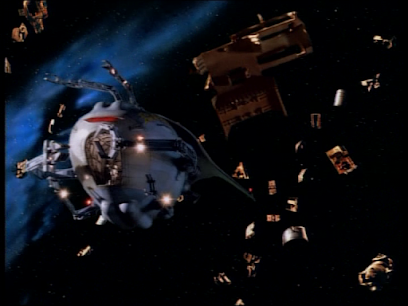 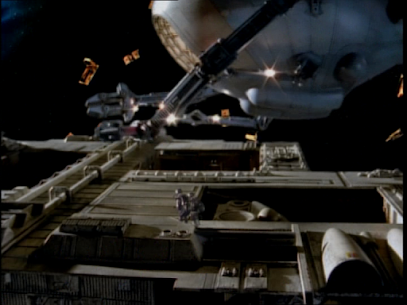 In the end, this episode fails because it doesn't want to tackle the themes it raises (anti-capitalism and terrorism) as it wants a 'happy' ending where, heck, even the misguided kids can be forgiven. Post 9/11 you wouldn't be able to get this kind of plot past the U.S. networks for whom this show is clearly aimed. Not a bad episode, just not particularly good. 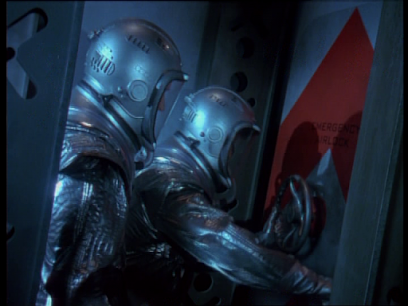