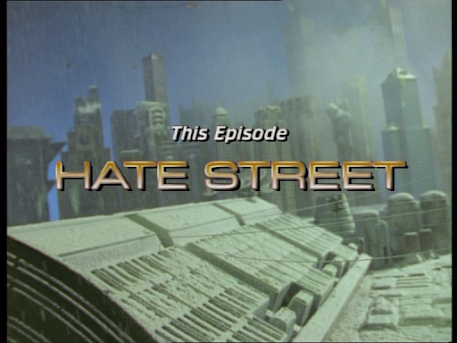 Space Precinct: Episode 17 Hate Street
As the title suggests, this episode is about racial (in this case species) discrimination. An outbreak of race riots and hate crimes against Xyronite immigrants is being co-ordinated by Burl Flak, wanted for murder on the planet Danae. Brogan and Haldane are assigned to find Flak and stop the killings, but their investigations are hampered by the appearance of Erika Brandt, a bounty hunter intent on claiming the price on Flak's head. To make matters worse (especially with his wife) she just happens to be one of Brogan's old flames. 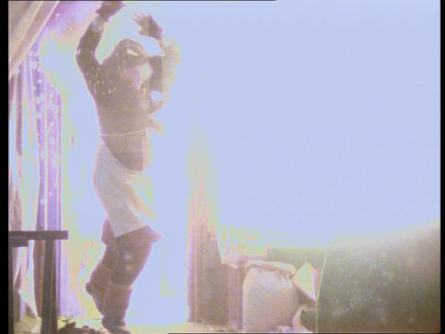 It's a fairly straightforward cop show plot where the cops race against a bounty hunter to capture a murderer, with the murders being racially motivated. Once again, Sci-Fi aliens are used as metaphors for our own racist problems of the mid-90s. 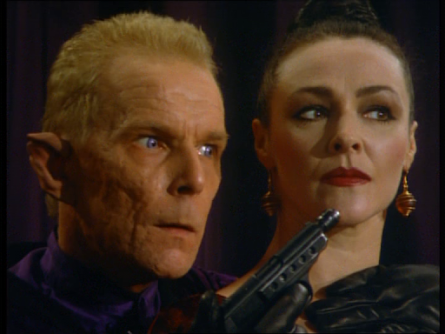 The plot, and the episode as a whole, is so much better for being told without any comic or romantic sub-plots, the only humour being reserved for the bald-faced shenanigans of bounty hunter Erika, especially the jealousy she incites in Brogan's wife. 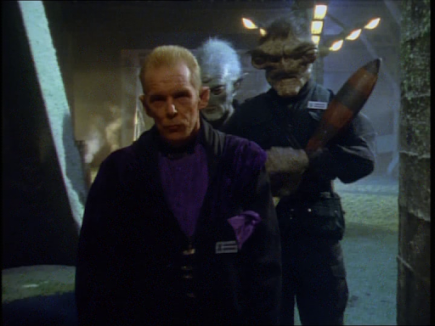 The strengths of this episode, outside the obvious one of the plot, is in its excellent direction and acting by the guest stars. This is another directed by a veteran British film director, in this case Piers Haggard, who directed one of my favourite early 70s horror movies Blood on Satan's Claw. He knows how to pace the story, the best camera angles to shoot from, and how to get the best out of his actors. As the two pictures show, he gets the visual effects department to do two CGI model shots so as to shoot the characters in long shot, hence they look dwarfed by their surroundings (Demeter Bay and the Cargo Station). These are excellent, and unusual for the show. 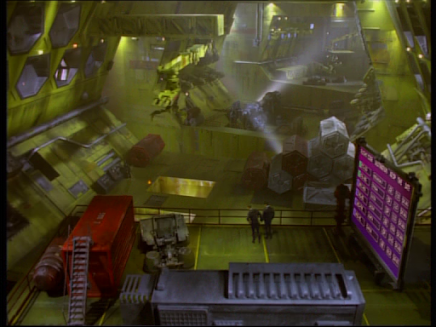 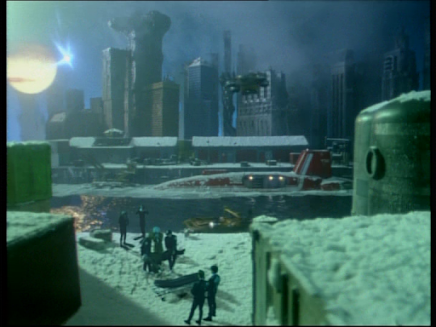 The rest of the production design is excellent, set in a snowy Demeter City, with some great sets not seen before, like those two long shots (which aren't used for long). This episode, like the last few, have shown up how cheap looking those early episodes were. It's as if Gerry Anderson had a mid-season meeting with all the production heads and complained that for an expensive show, it looked cheap with tatty sets. I notice that there was a break in production, so I'm assuming that's why. There's definitely been a mid-season improvement. 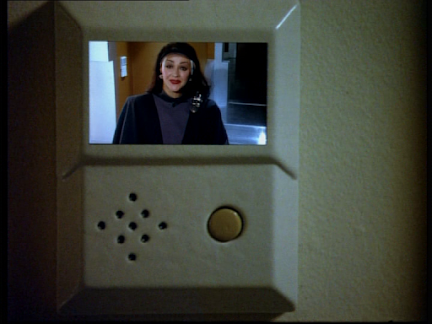 The acting by the guest stars is great. The gorgeous Frances Barber, a very good actress, relishes her slightly campy vamp bounty hunter, whilst the not so gorgeous Christopher Fairbank, an excellent character actor, enjoys playing the murdering racist villain. Sadly, both have to put on American accents. But they, along with the plotting, and production design, really sell this particular episode. 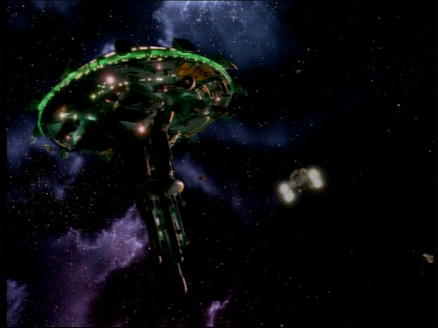 So Space Precinct is at long last on an upward quality trajectory, let's hope it continues and the season ends with a bang. 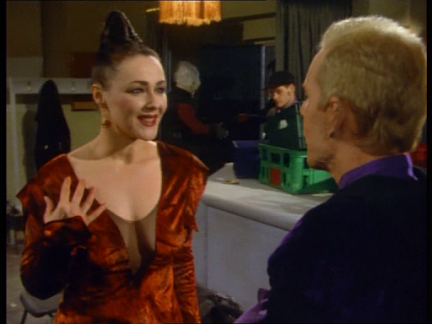