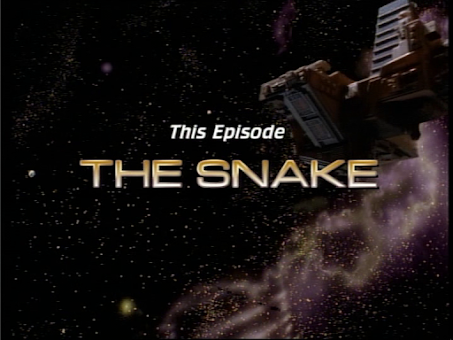 Space Precinct: Episode 5 The Snake
The Snake is just that, a humanoid snake creature with acid for blood who's an extortionate bomber. He leaves a message "Pay Or Die" at the murder scene of a Corporation Director. He then  reveals his next target – the Princess, an Omega Class tanker en route to Altor with two hundred million gallons of liquefied hydrogen! The precinct brings in a demolition expert from Earth, an old colleague of Officer Castle (Simone Bendix), also an ex-bomb disposal expert who, predictably, lost her whole squad to The Snake before. Yep, it's that boring old plot again! 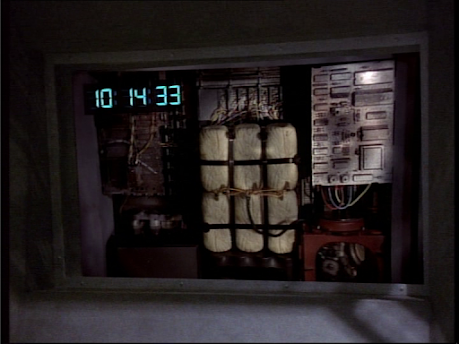 What can one say? The production design and models are superb on this episode. As is The Snake design. The Princess interior looks like a real spaceship. But oh, the plot! We have four bombs, a robot gets blown up disarming the first, it's then up to Officer Brogan to disarm the second. Guess what he does? Yep, he disobeys the instruction and, without telling anyone what he's doing, pulls out the trigger. If he'd blown up, his fellow officers would have assumed that he'd followed instructions and that was what caused the explosion, then go ahead and make the same mistake again! How stupid are scriptwriters?! Nobody would do that! It's completely irresponsible ("gnash! gnash"!", pulls hair out). Apart from that it's entertainingly told, and The Snake makes for an interesting adversary. When shot, his acid blood starts to dissolve through the Precinct hull in good Alien style. Oh, and there's a twist at the end. 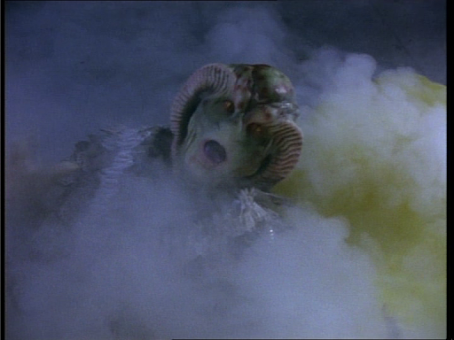 So 10/10 for models, production design, set dressing, make-up and costuming, 9/10 for acting, and a big fat ZERO for morons David Bennett Carren & J. Larry Carroll who wrote this tripe! Shame on you! Go stand in the corner! Sadly, this is not their only script. 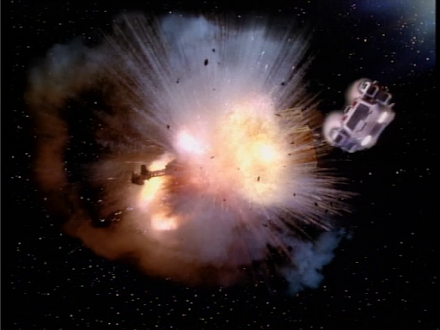