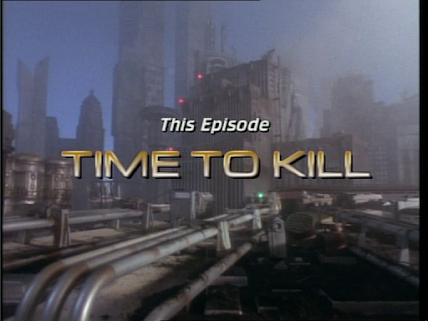 Space Precinct: Episode 7 Time To Kill
The cops bust up a counterfeit gang, when an earthquake shakes them and suddenly a heavily armed cyborg appears and starts shooting plasma blasts at everyone. So what Sci-Fi trope are we ripping off this week? Robocop or Terminator? Yep, it's Terminator. 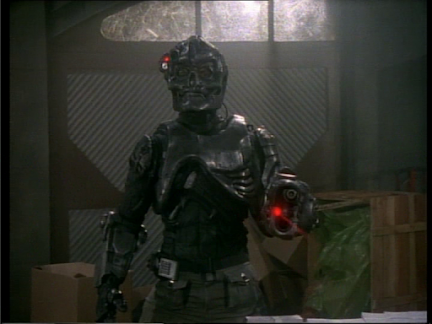 It's that old time travel paradox plot, you know the one, where going back in time from the future to prevent a catastrophe is actually the event that causes that catastrophe. A vicious circle. You know what the plot is, and the identity of the cyborg within ten minutes, as soon as the kid goes into the acid bath. I'm not giving anything anyway, anyone who's seen a smidgen of sci-fi will spot it too. 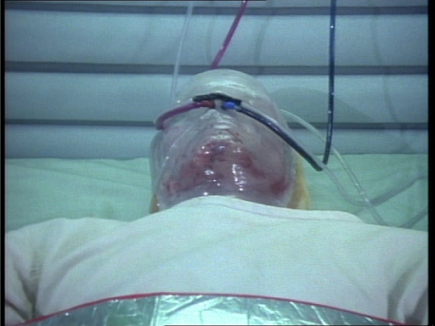 Oh, and by the way, Officer Took dies. Officer who you ask? You know, the alien cop with a third cyclopean eye, Officer Castle's partner. She had at least three lines in one episode. Anyway, Officer Castle is distraught. Well, as distraught as Simone Bendix can act, which isn't much. But hey, we hardly knew here, so who cares!? Not me. But there's good news! Officer Haldane is dead! Hurrah! I find Rob Youngblood's second-rate handsome but smarmy macho cop and his inane sexual banter with Castle increasingly wearisome. 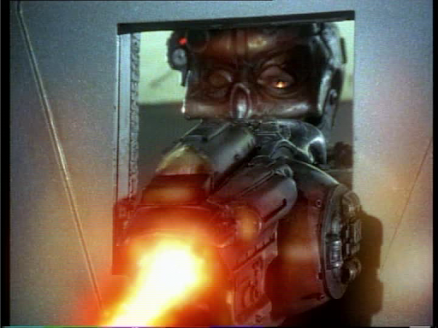 Anyway, the plot soon rights itself when Brogan goes back in time to prevent the catastrophe. This means Officer Took isn't dead. Unfortunately, it also means Haldane is also still alive. Well, you know what they say. Every silver lining has a black cloud. 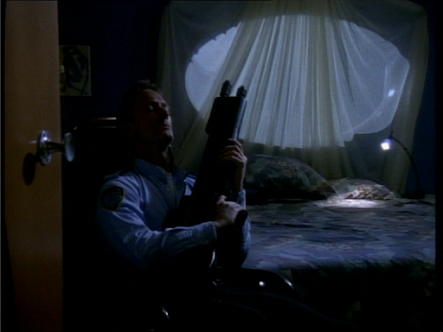 The plot's so old even Officer Brogan has fallen asleep (see above). The cyborg make up is impressive but it suffers from being so obviously derivative. I must admit, these predictable old plots are beginning to pall. There's seventeen more episodes to go! Hopefully, there'll be an episode where Castle goes undercover in a lap dancing club, like Police Woman thirty years earlier. Or maybe not. 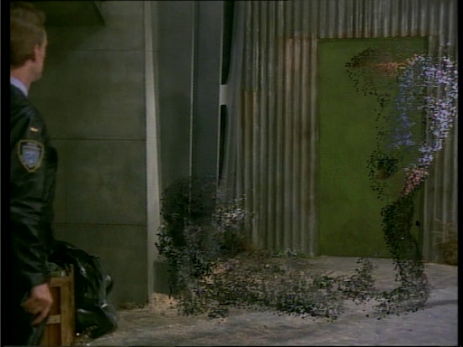