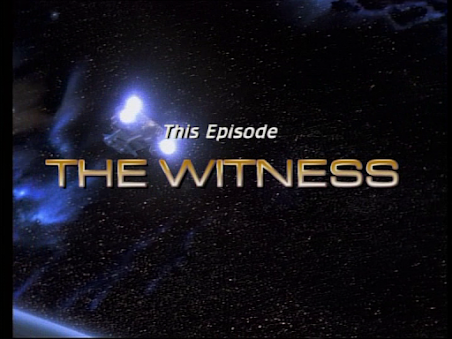 Space Precinct: The Witness
Small-time crooks are turning up dead on the streets of Demeter City. Capt. Podly thinks it might be gang warfare. A search begins for the prime suspect Mas Maharg, spotted at the scene of the second murder by Romek's new partner Morgan. Then Sgt. Fredo's Tarn daughter Estes is taken ill and Brogan realises that she has been picking up the killer's thoughts with her third paramental eye. She is put under protective custody, but this is ruined by a news scoop. 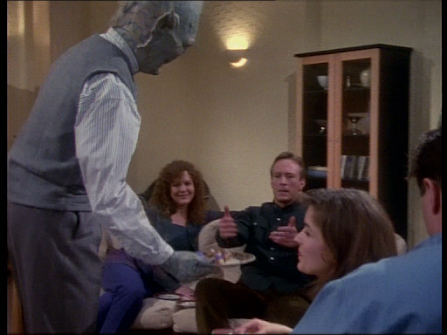 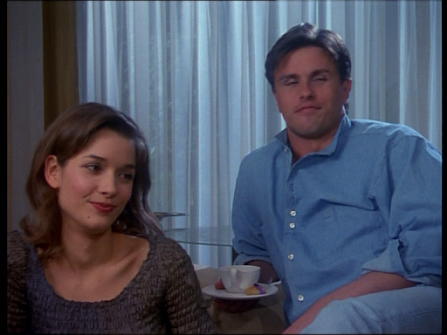 Well, what can one say! After so many cold professional but machine-tooled junk (as Pauline Kael would say), here's a decent episode. Although the plot device (witness needs protecting) is as old as the hills, scriptwriter Eric Gethers fashions a decent story. It's well told, nicely paced, and he manages to interweave the two main plots rather well. 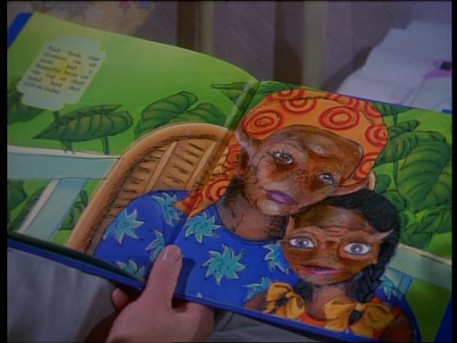 A sign of the script's quality is the opening cop's get-together off duty chez the Tarns, Sgt. Fredo and family. In an earlier  episode this would have been at best mawkish and at worst vomit-inducing. But here it's nicely written, unsentimental and down-played, as is the case for old work colleagues. Even Castle reading a story to the daughter Estes is finely played. Gethers manages a nice line in dialogue, including a nice quip "nothing worse than an empty purse". Even the hospital scenes with the sick girl, potentially an emotional minefield, is underplayed, and not written sentimentally. 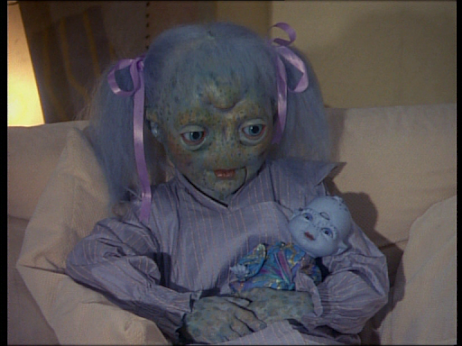 The direction and acting is good in this episode too, a marked improvement on earlier episodes. I notice it's by British film veteran Peter Duffell, who'd also directed the earlier "Two Against The Rock" episode, another strong story finely directed. Although TV directors have far less impact and control than they do in cinema (hence the industry dictum that television is a producer's medium), they do meet with all production staff heads before shooting. It's clear he asked casting to fill the scenes with extras, and costume department manages quite a few alien species among the crowds. Thus the precinct looks busy, and the street scenes and soup kitchen look lively and animated. 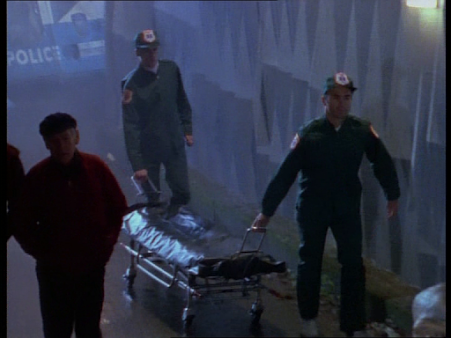 He's also a good director of actors, and, aided by the fine realistic dialogue, coaches naturalistic and character specific performances from his actors. He also paces the story well, and he and editors Sue Robinson and Jason Krasucki manage a nice flow between the two plot lines, helped by the script. 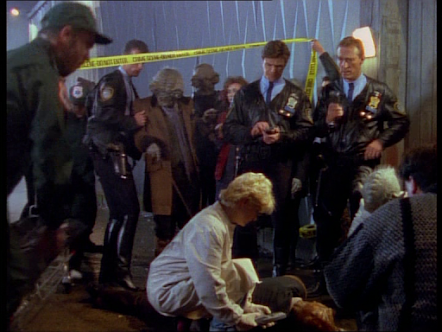 He's also got the production design and set dressers to give of their best. The outside sets are realistically noirish, compared to the hygienic hospital, they're full of people, given the impression they're real spaces filled rather than small cramped sets. Even the obligatory alley murder site has  a small crowd, rather than being shot tightly into two corners, as so often in the past. 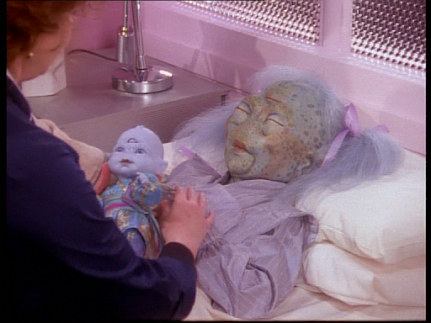 If this review seems  a little glowing, it's just that this episode is so strong compared to the others, and goes to prove that a good writer and director, not lazy (a common complaint of genre TV directors) but willing to push all cast & crew to do their best given limited resources and the cruel shooting schedules (probably ten days for this kind of show), really make all the difference, even in genre fiction. And it helps in a Sci-Fi show to have genre specific elements, like the telepathic third eye when the little Tarn girl sees the murders. 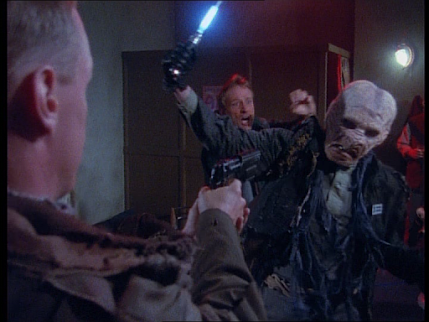 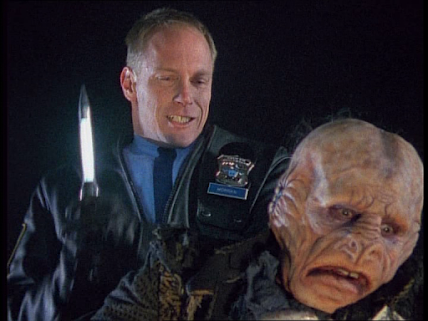