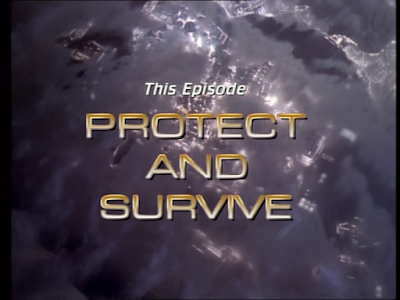 Space Precinct: Episode 2 Protect and Survive
After the first episode we get the show establishing its cop credentials, with a tale of a kingpin crime lord responsible for illegal alien (literally) immigration. 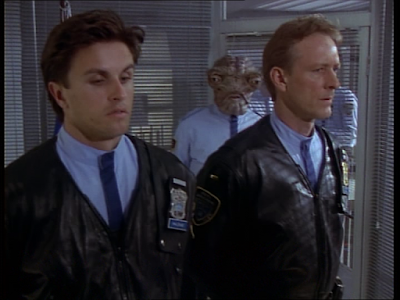 What can one say about this episode? It features every cop show cliché in the book. We have (another) car chase, shoot-out in a meat storage locker, body immobilised and put in car to speed to its death, a witness needing protection holed up in hotel, cops trying to get sports tickets to 'the game', and a cop father not getting on with his son (complete with mom saying "you're never home"). None of this needs the futuristic outer space Sci-Fi elements. 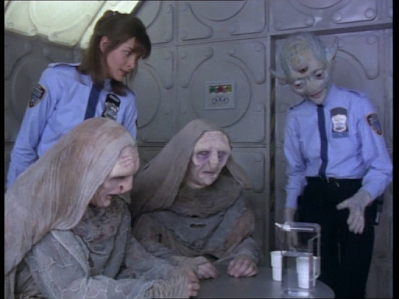 We see officers Castle and Took (above) interviewing the illegal aliens, then Took, since she's non-human, contracts an illness from them. You could add infection in the city to the list of cop show clichés, except it's quickly dropped in favour of the witness plot line. 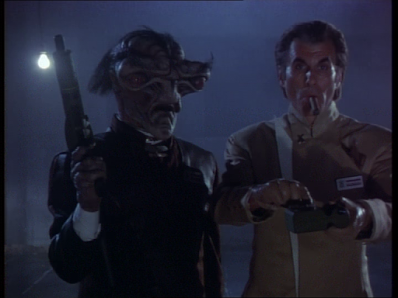 It just seems a cynical ploy to create empathy and show their relationship. But since this is only episode two we haven't had time to get to know these characters. Secondly, Simone Bendix shows her inexperience with film acting, she emotes too much with her face. She needed a stronger director (or more time). The director is John Glen, who'd directed some of the Roger Moore James Bonds, not known for their subtlety of acting. So it's no surprise that the action sequences are excellent, but it seems he spends more time on this than the acting. 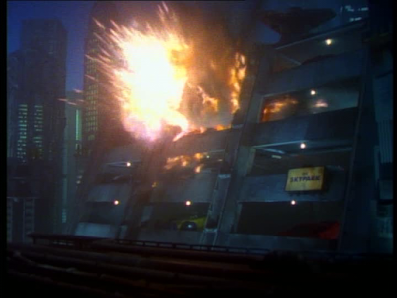 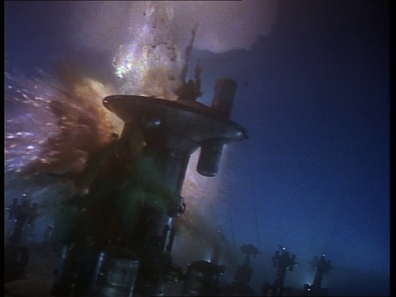 Her relationship with co-lead Officer Haldane (Rob Youngblood) is another one of those tired cop show clichés. He fancies her, he flirts, she shoots him down. Oh dear, any more? Oh, yes, the Brogan family dinner. Cutesy humour and father disapproving of his son spending time downtown. 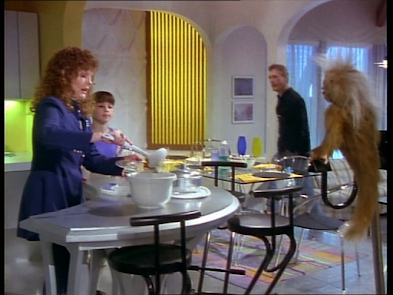 So is there anything good about this episode? The creature designs, models, action sequences are excellent, but for an expensive show they then go and cut budgets by building the most cramped tiniest courtroom I've ever seen in a TV show. And the Brogan home, like the Precinct, is characterless. This was shot at Pinewood? But who watches TV shows only for the effects though? The chief blame must go to script-writer Paul Mayhew-Archer for a terrible, derivative script, and script editor Philip Morrow for not bothering to do better. It's no surprise most stations broadcast this as the first episode, safety in familiarity. And guess how it ends? Yep, the tickets go to Brogan (Ted Shackleford) who puts them on his son's nightstand while he sleeps. Awww, bless. And Took gets better. 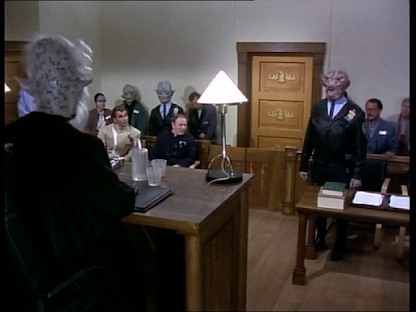 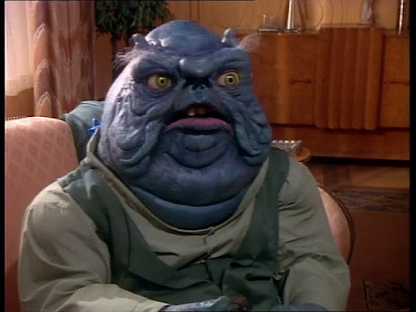