Space Precinct: The Fire Within 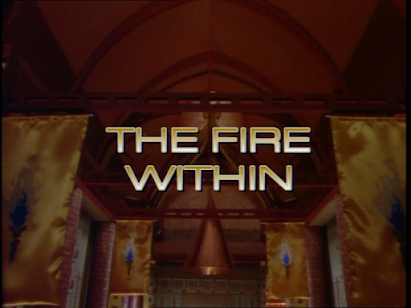 Space Precinct: Episodes 21 & 22 The Fire Within: Parts One & Two
In part one Pyrist priest Tendall Kalike dies by spontaneous combustion during a ceremony at the Pyrist Temple and the event is witnessed by Took on her first visit to the Temple as a Seeker. Brogan and Castle search for evidence that points to Kalike's death being homicide and suspicion falls on fellow priest Nevik Brok. Teamed with Capt. Podly's daughter Samina, Haldane goes undercover at the Pyrist Temple to discover the truth. 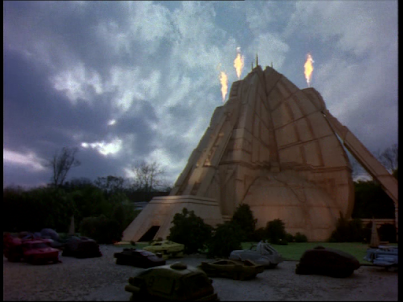 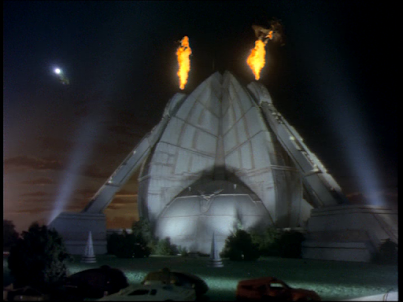 In part two Samina disappears, Haldane resigns from the force to join the Pyrists and a power struggle amongst the priests leads to a third death at the Temple. Then a witness comes forward who claims that Haldane has murdered Samina, and Podly is forced to issue a warrant for Haldane's arrest as the Pyrists prepare for the Day of Immolation – the end of the world! 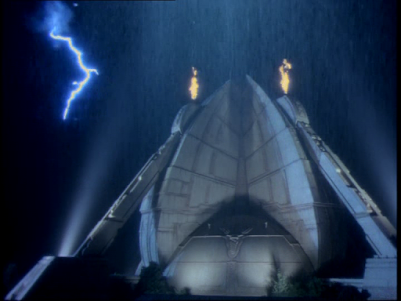 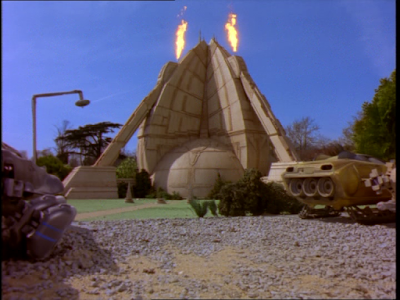 I always dread two-part instalments of normally single episode series. Their plots can normally only sustain one part, and so we have a lot of padding to double the time. This is no exception. They could have told this in one part. The basic premise, power struggles among cultists, is just not that fascinating or captivating enough for two episodes. 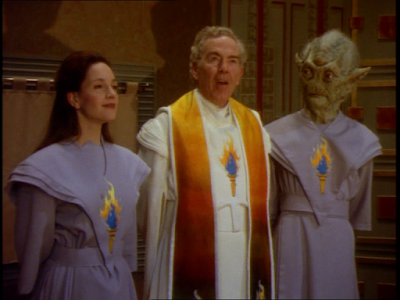 Mind you, they've spent the money on this. According to Richard James' book (he plays Officer Orrin) this show was budgeted at about £1million per episode, and for once the budget shows. The model sets, production and costume design are all excellent, as are the CGI/SFX shots, especially in the near-apocalyptic finale. 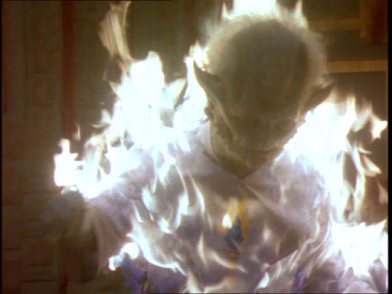 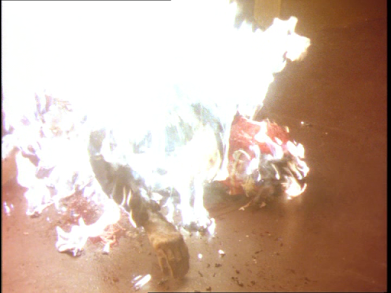 We also get some class actors here, most notably Jack Hedley and, for the Americans, Lisa Orgolini as the two main priest and priestess. Unfortunately, the motivation for the killings doesn't really satisfy me. Power struggle in a cult? And why bring about the end of the world? The 83 minute plot demands that you care about these religious nut-jobs, and frankly, I don't. So it's a well-made and good looking episode, with  a great exciting finale, but like me you might fall asleep with indifference before you get to it. 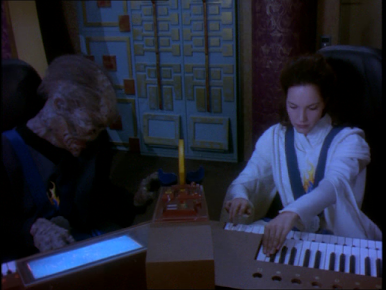 I have to say, the scenes of combustion are quite gruesome, so I'm not sure this is suitable for very young children. Sadly, the series ends with another two-parter. Oh, joy! 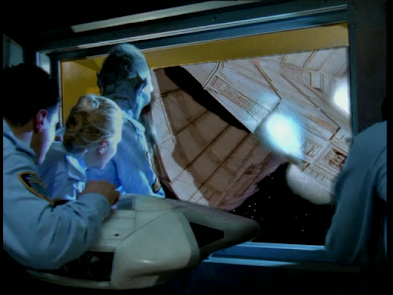