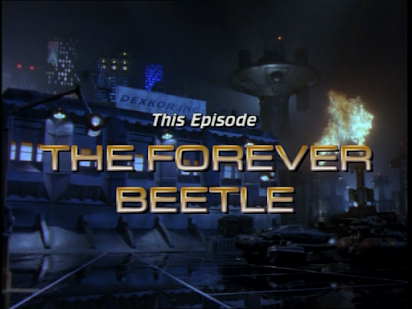 Space Precinct: Episode 20 The Forever Beetle
The last remaining female of Pteronarcys Eternicum, a rare beetle capable of cell regeneration (hence its nickname The Forever Beetle), is stolen from Dexkor Laboratories. Brogan and Haldane are assigned to the case and suspect that the theft may be an inside job. But Brogan is preoccupied with nailing drugs dealer Amory Wolf whom he believes is responsible for the death of Tommy Murphy, his oldest friend, who came to stay unexpectedly. 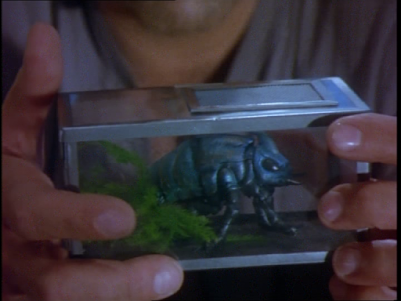 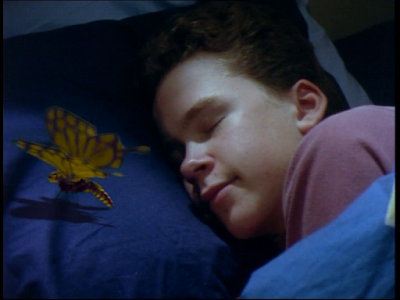 Meanwhile, Castle and Took have a run-in with local sports hero, slamball legend Thunder Cole, who keeps getting involved in bar fights. He asks Castle out on a date, making Haldane jealous. 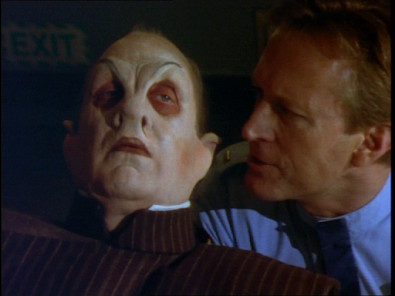 This is a  real mess of  a story, the script has too many elements. We have the forever beetle, its theft, Brogan's old childhood friend Murphy (and the real reason he's visited), a drugs dealer, a sports hero who's actually  a jerk but who woos Castle, a home invasion that causes Brogan's son Matt to illegally keep a gun in his bedroom, its discovery by his mum, and oh, just for good measure, Matt brings home a poisonous tarantula! I wouldn't be surprised if the kitchen sink is in there somewhere too. 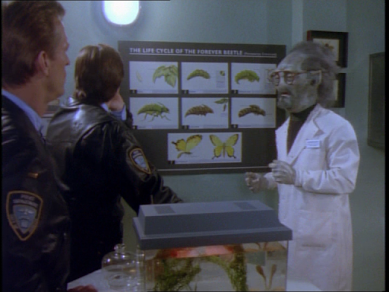 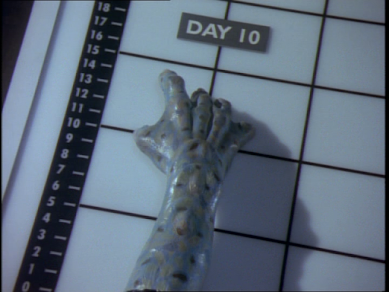 So it's a real mess. There's no real focus, and none of the elements are really that interesting. The Forever Beetle of the title is just a Sci-Fi McGuffin. There's an (unintended?) sub-plot theme about male violence, but it's never clearly or fully explored. 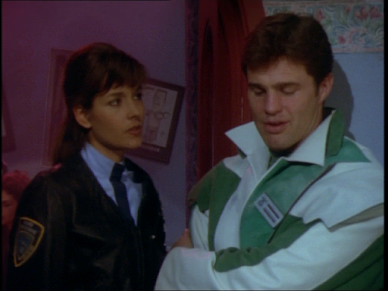 It looks nice, but it's a dull episode. 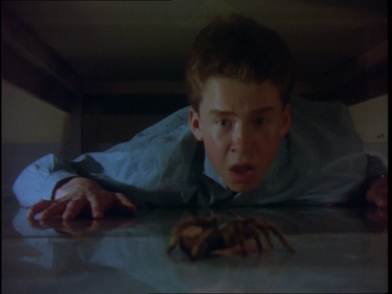