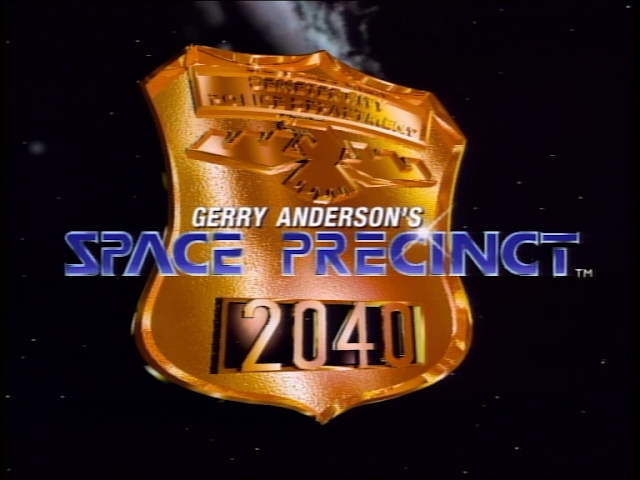 Space Precinct (1994 - 95)
Gerry Anderson Productions/Mentorn Films/Grove Television Enterprises
for Sky One
(24 episodes x 45 mins Super 16 Film)
"The name's Brogan, Lieutenant Brogan. For twenty years I was with the NYPD. Now? Well, let's just say I've transferred to another precinct".
Space Precinct was a British television series  first broadcast from 1994 to 1995 in first-run syndication in the United States, then Sky One (the financiers) and later on BBC Two from 1995 to 1996 in the U.K.. It was Gerry Anderson's most spectacular series ever, reputedly costing $36 million (approx £1million per episode), for a cop show set in the future and in outer space, featuring live-action and movie-style alien effects. 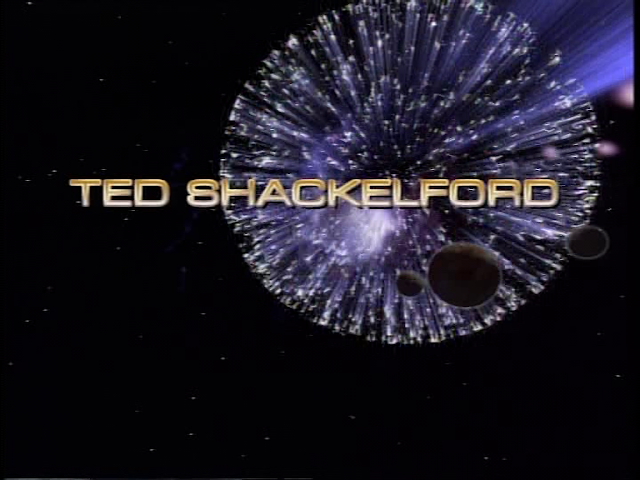 The series was created by Gerry Anderson and was a mix of science fiction and police procedural that combined elements of many of Anderson's previous series such as Space: 1999 and UFO  but with an added dash of Law & Order and NYPD:Blue. Anderson acted as executive producer alongside Tom Gutteridge. There were a number of directors used on the series, including such veterans of  the British film industry as Sidney Hayers, Peter Duffell, Piers Haggard, Silvio Narizzano, and John Glen, who had previously directed five James Bond films. But the majority of the episodes were written by American writers who'd worked on U.S. shows such as Star Trek: The Next Generation. The series was mainly edited by the series editors, Sue Robinson and Jason Krasucki. 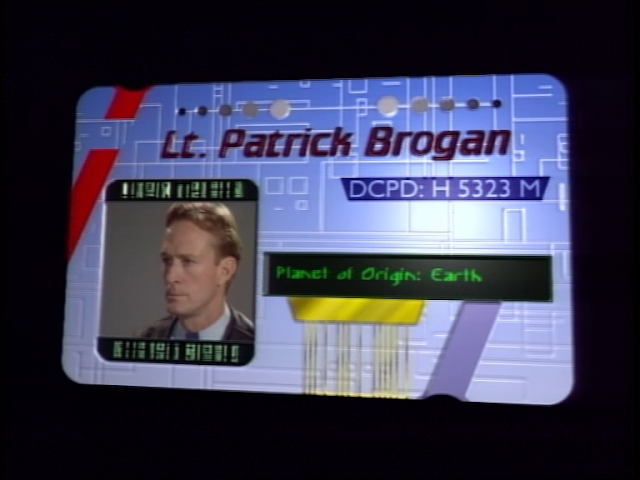 The series is set in the year 2040 and stars American actor Ted Shackelford as former NYPD detective Patrick Brogan, now a lieutenant with the Demeter City police force on the planet Altor. Brogan and his partner Jack Haldane (played by Rob Youngblood) investigate crimes being committed by aliens as well as humans. Also co-starring was Danish-born but English trained actress Simone Bendix in one of her earliest roles as Officer Jane Castle, Haldane's love interest. Brogan himself was happily married with a wife, son and daughter. 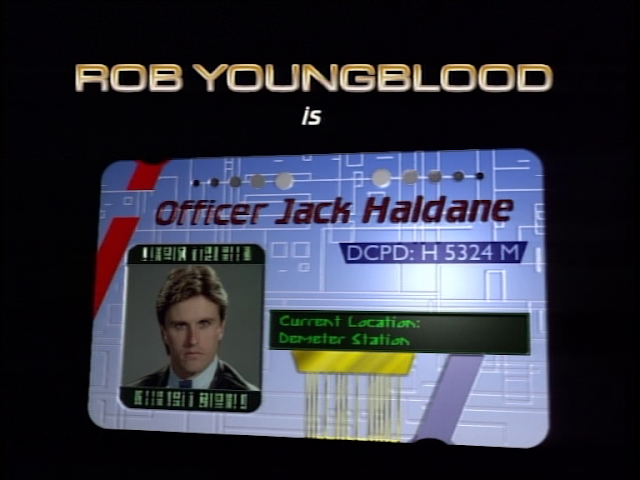 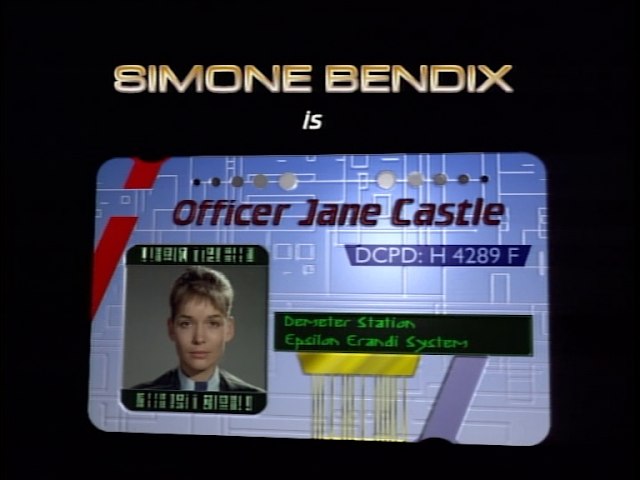 For such an expensive show it sometimes looked cheaply made, especially in the opening episodes. Halfway through the series, there was a short break and rethink, concentrating on better scripts, sets and production design. There was a temporary improvement. However, Many U.S. stations, who showed the series before its U.K. premiere,  scheduled the show in late night time slots, which resulted in low ratings and contributed to its cancellation. Without hopes of a network sale, and no interest for a second series from U.S. syndication distributors, so Anderson knew in advance that no second series would ever be commissioned. 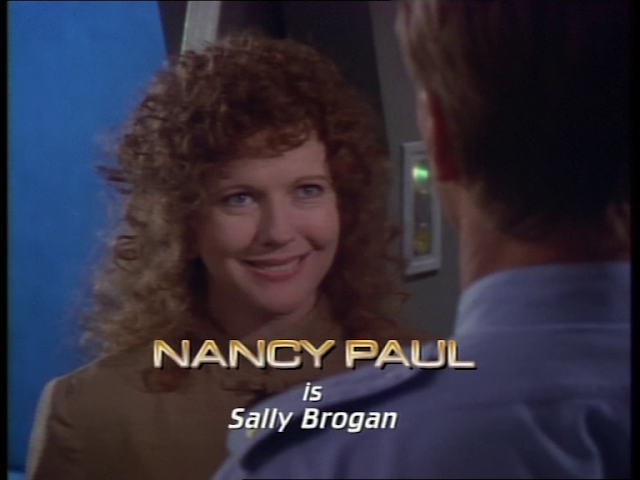 The major problem that the show suffered from was a sort of genre schizophrenia. Was it  a cop show or was it a Sci-Fi show with aliens? Both genres have quite dedicated fans, but it's rare for one to be a member of both. Fans of cop shows, particularly police procedurals, would probably find the aliens and space elements  a little silly, whilst Sci-Fi fans would find that too often the Sci-Fi is just window dressing, and be bored silly by the conventional cop show plots. Some early episodes like Protect and Survive, are so cheap looking and so derivative in their cop cliché plots, that they make you wonder whether to continue with the series, which is bad news for the creative team. Anderson had never done a cop show, which makes you wonder why he did this. But he has done Sci-Fi, and when the show concentrates on that, like the third episode Enforcer, it succeeds much better. Unfortunately, it leans more towards the cop show genre. 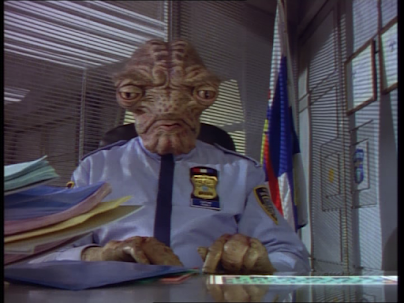 Sadly too, the scripting and acting is extremely variable, not helped by the American dubbing, even among the regulars. Strong directors like Duffell bring out good performances, but under a weak or day-job director, inexperienced actors like Simone Bendix suffer. There's little good genuine humour too, the attempts at so-called levity being inept, derivative, and by characters the audience have long since stopped caring about. In the end, it's not a memorably enjoyable series, and certainly not up there with Anderson's best work. Detailed episode analyses are below, click on hyperlinks. You'll see there that by the end of the series I was beginning to feel the strain of the long haul of this series. 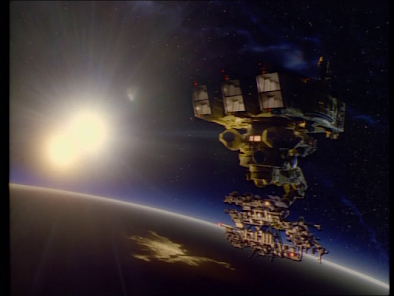 EPISODES
(in production order, as first aired in U.S. syndication in differing orders and airtimes).
click on title for more detailed analysis.
Double Duty *
Protect and Survive
Enforcer
Flash *
The Snake
Body and Soul
Time to Kill *
Deadline
The Power
Seek and Destroy *
Illegal
Divided We Stand
Two Against The Rock *
Takeover
Predator and Prey
The Witness *
Hate Street
Friends
Smelter Skelter
The Forever Beetle
The Fire Within: Part One+
The Fire Within: Part Two+
Deathwatch: Part One+
Deathwatch: Part Two+
+ Also edited (at time of production) as a special feature length episode.
* The "BBC Six O'Clock" versions were specially prepared by the series post-production department under instructions from the BBC to tone down or completely delete scenes of violent, threatening or sadistic behaviour, remove all traces of blood and optically enhance all bladed weapons to appear as laser-style instruments. Affected episodes are marked with a asterisk *.
In addition: Illegal and The Fire Within had specially reshot scenes for the BBC Six O'Clock versions. 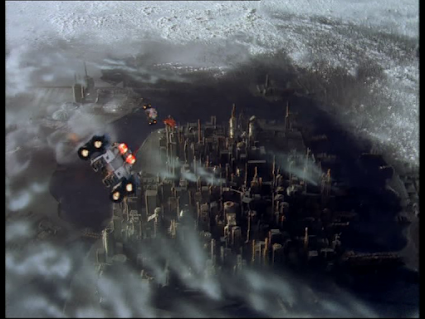 Notes
Production of the series was preceded by a 1986 pilot episode Space Police, with Shane Rimmer playing Brogan. While a number of concepts from the later Space Precinct are recognizable, this was still a very different planned series. Several years later, Anderson combined special effects footage from the pilot with newly filmed scenes with a new cast (including remounted sequences from the pilot) as a pitch film for the project. This version recast Brogan as a younger character and gave him a partner, and featured Chloe Annett as Castle. 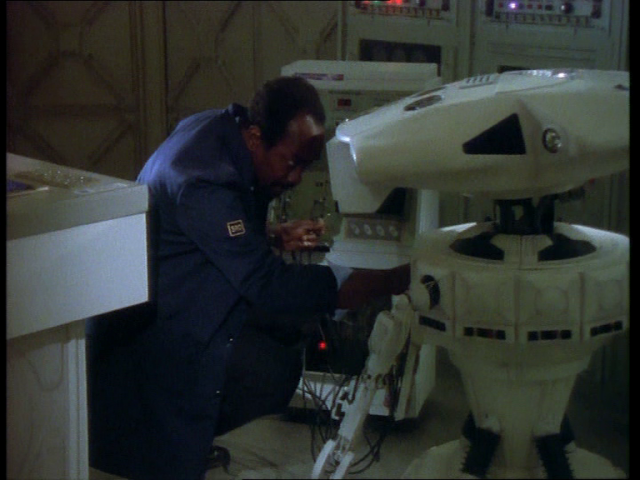 Space Precinct was the first Gerry Anderson production in which all 24 episodes were screened on American television prior to transmission on British TV. In the U.K., the series first appeared on the satellite channel Sky One from March 18th, 1995. A full terrestrial television screening followed on BBC2 from September 18th, 1995. See Space Precinct. 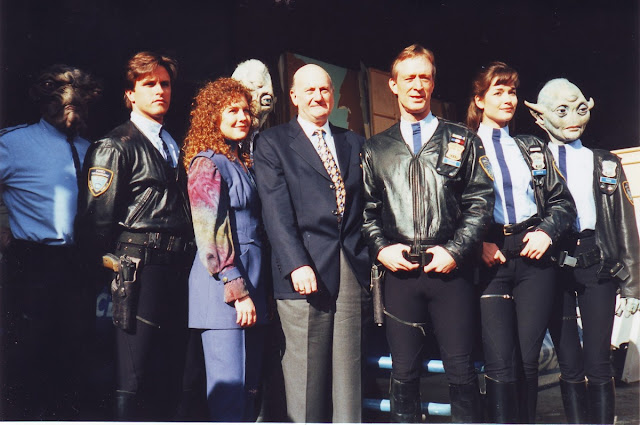 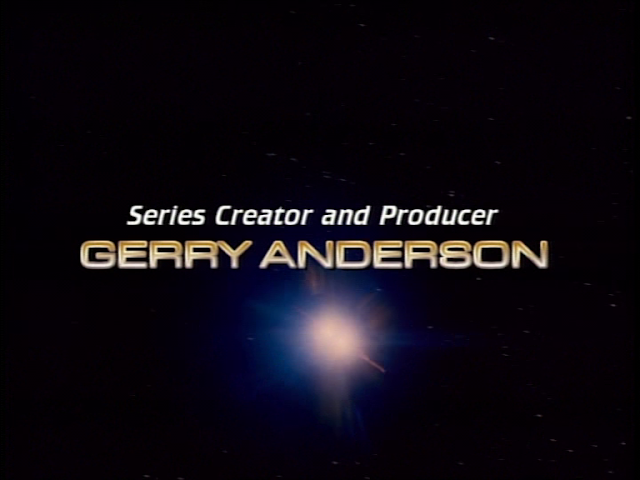